This Week, In Review

You’d think since I spent the week blathering on about VKL instead of showing off WIPs, I’d have a lot of progress to show.  My dragon fade Match & Move pretty much looks the same though.  I really am closing in on the end though.  I keep saying it but this time, I really do mean it!  16 rows plus the bind off.  It will be finished soon and it will be gorgeous.  Until then, it’s like wrestling an octopus.  It’s incredibly unwieldy. 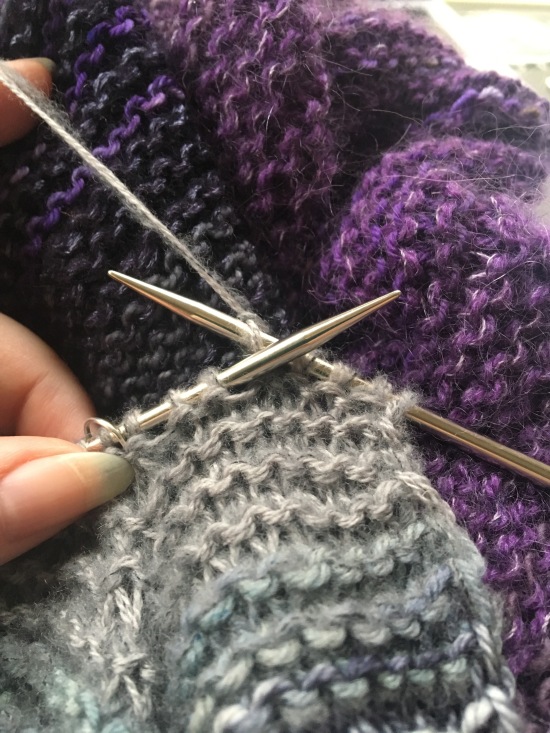 I’ve got lots of things I want to start on but I’m trying to clear the slate first.  I did need a project to carry around at VKL though.  Enter my 3-Color Cashmere Cowl. 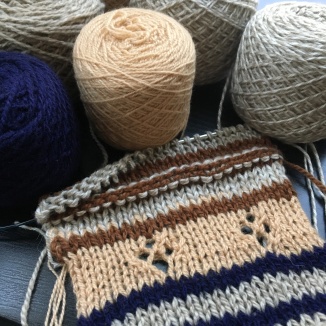 It’s not done but I couldn’t resist trying it on!  I don’t think I’ve been giving this project the proper presence of mind.  It’s just a stashbusting, quickie.  It was trivial.  Until, I put it on.  Now, the whole is greater than the sum of it’s parts.  I really like this.  Duh…there’s a reason it’s been so popular!

I’m frequently a late adopter when it comes to the hot, new pattern.   The original 3-Color Cashmere Cowl was released more than 3 years ago.  There’s over 6000 of these cowls on Ravelry.  I shouldn’t be surprised at all.  These things are always popular for a reason.

Have a great weekend!  I’m hoping to squeeze all this finishing in.  Woo!

Shop Update is LIVE! Swipe to see what’s new! All one of a kind handmade, when it’s gone…it’s gone! Link is in my profile!
MoviePass is trying to make a comeback. Can’t help but get out the 🍿🍿🍿🍿🍿😜
QR Code shop update! Of course the first one had to be a Rick Roll…I want one for my desk and one for the bathroom, one for the guest bedroom. Definitely sending one to my nephew!
Here you go @internetarchive, my oldest book, from the 204th printing in 1951, Winnie the Pooh!
Started a new Westknit! This is the Shawl Smorgasbord and I love it 💕
AKC! Actual Knitting Content!