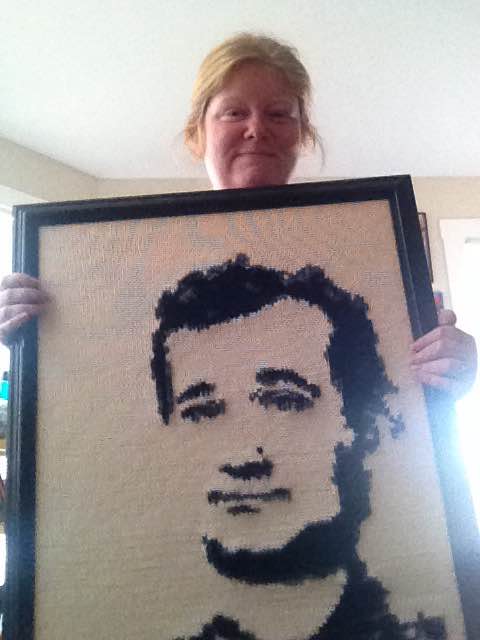 Bill Murray has a ‘band’.

The tour is coming to San Francisco.  I bought tickets.  The Bill Murray Sweater officially has a deadline.  December 8th.  Time to get on it.

I think it’s really going to be more of a vest?!?

That said, instead of working on that particular project, I’m cast on with this:

I attempted to trade my Fade to Yellow skein for a Concrete & Tulips skein — aka the rainbow and grey colorway.  It didn’t quite go down that way though.  One enterprising Raveler talked me into trading her a skein of Miss Babs’ Yowza.  It was a color I really wanted but…I wanted this more!

It’s can’t wait!  It’s a self striping yarn but instead of consistent lengths of each color, the colors get progressively longer.  Instead of a big fat stripe of red at the top and little tiny stripe of blue at the bottom, the stripes will all be the same height.  It’s definitely a minor detail to the untrained eye but knitters have been geeking out over it for a while.  This yarn was quite hard to get for a minute there.

I’m sure stripe magic will take over and it’ll be done in a jiffy!

Of course, the only reason I’m allowed to cast on anything at all, Marled Magic is almost completely finished.  Just a bit of end weaving left.  The braid & the tassel turned out just right.  A bit fiddly at first but third time was the charm! 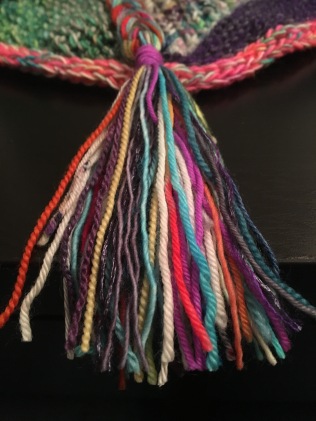 Stay tuned for full photos…they’ll be along soon.

In the meantime, it’s the weekend!  Wooooooooo!

6 thoughts on “Random Goings On”