First, it’s been a while since I’ve posted and a lot has happened in the world.  It used to go without saying that nazis are bad.  Not anymore, so I’ll say it, just to be clear.  Whatever the label, nazi, white nationalist, alt-right, kkk…I strongly disagree with it all.   Killing people is bad.  Violence is bad.  Hate is bad.

With that disclaimer out of the way, let me share some fun!  I’ve been busy making things!

It started innocently enough with one funny cross stitch piece. 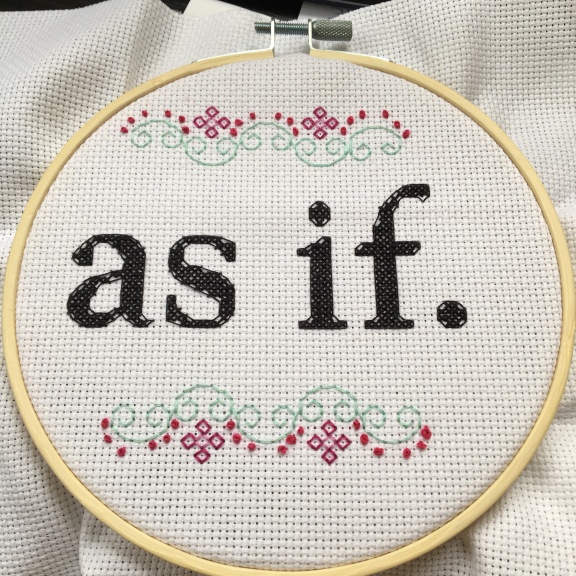 But it’s developed into a major bathroom redecoration scheme.

After the first two hoops were completed, I had to go back for more.

These aren’t complicated designs.  Naturally, that lead me to the craft store saying I can do that…if I just had a few more supplies! 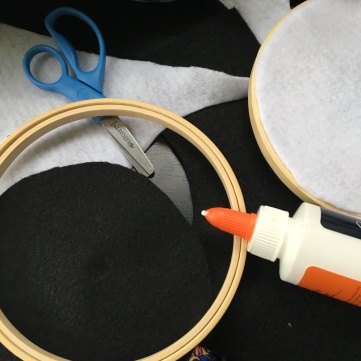 Soon enough, I was designing things that aren’t for the bathroom.

Indeed, it seems I am going way down the rabbit hole with this one.  Never fear, there is also knitting progress!  The Dotted Rays, WestKnits Fade is off the needles and it’s an amazing color explosion!  It’s blocking, but you’ll get to see it soon!

There’s still plenty of knitting love.  It will return shortly.  But for now, I think my next cross stitch will be the immortal words of Rodney King…

“Can we all just get along?”

10 thoughts on “Down the Rabbit Hole”